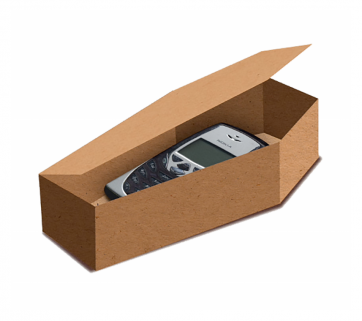 Data Recovery – Mobiles and their role in story-telling, memory and emotion

A 60’ presentation and Q and A with Victoria Mapplebeck, chaired by Pratap Rughani (UAL’s London College of Communication)

Most people in Europe have had a mobile phone since the late 90’s.  There are now more mobiles than people on the planet. Almost seamlessly, our phones track, trace and archive our lives. We now have access to a seemingly infinite archive of our emotional pasts. What affect does this word-perfect access to our past have? Is this reflection useful – not just nostalgia but a way of exploring the past in a more powerful way than ever before?

Victoria Mapplebeck will screen her award winning Film London smartphone short, 160 Characters. Shot entirely on an iPhone 6, 160 Characters brings to life the secrets buried in a vintage Nokia, a story that unfolds in just 100 texts and tells the story of how two people, meet, date, break up and deal with an unplanned pregnancy.

160 Characters was shortlisted for the Innovation Category of the 2016 AHRC Research in Film Award and has received over 158,000 hits since it received a Vimeo Staff pick in November 2016.  160 Characters recently won the Best Documentary Award at the 2017 Short of the Week Awards.

Victoria will also introduce TEXT ME,  her award winning interactive arts project written, directed and produced in partnership with BALTIC Centre for Contemporary Art in Newcastle.  TEXT ME is a live and online platform in which the audience, can collect, curate and share stories from their digital past.These stories are added to a growing archive of digital memories.

TEXT ME was developed with Creativeworks London and in 2014 won The Merging Media Prize for Best European Cross platform Project and The 2014 Pixel Lab Prize. In November 2016, the six week TEXT ME exhibition opened at BALTIC Centre for Contemporary Art. TEXT ME is now a touring show and will travel to La Gaîté Lyriquein Paris in Summer 2017.

Victoria will discuss how new technologies can be used to enhance documentary access and storytelling and the ways in which the TEXT ME audience can submit their own digital memories to this international storytelling project. 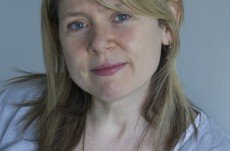 For more info please go to the TEXT ME website: https://www.textmeproject.com
Special thanks to Royal Holloway, University of London and Film London

Image: All copyright with Victoria Mapplebeck