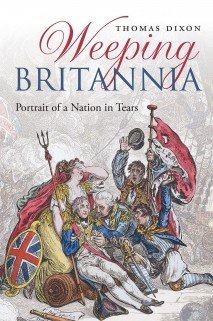 To mark the publication of Dr Thomas Dixon’s new book ‘Weeping Britannia: Portrait of a Nation in Tears’ (published in September 2015 by Oxford University Press), the Inside Out Festival welcomes you to journey through four centuries of weeping Brits in politics, discussing several prominent politicians – notably and perhaps surprisingly, both Winston Churchill and Margaret Thatcher, who in their own ways opened the door to today’s more personal and emotional style of politics. Thomas will show and discuss a clip of Margaret Thatcher shedding tears during a television interview in 1985.

Dr Thomas Dixon, Director, Centre for the History of the Emotions, Queen Mary University of London, will be joined in conversation by:

Copies of Dr Thomas Dixon’s ‘Weeping Britannia: Portrait of a Nation in Tears’  will be available for purchase at the event.

This event has been organised in cooperation with the Mile End Institute at Queen Mary University of London.   Drawing on our unique location within a Russell Group University situated in London’s East End, the Institute brings together policymakers, academics and diverse local communities to address the major challenges facing policy, politics and democracy in the UK. The Institute calls on a large pool of expertise from the Schools of History and Politics under the guidance of our patron, the constitutional historian and cross-bench peer Peter Hennessy. Website -  mei.qmul.ac.uk