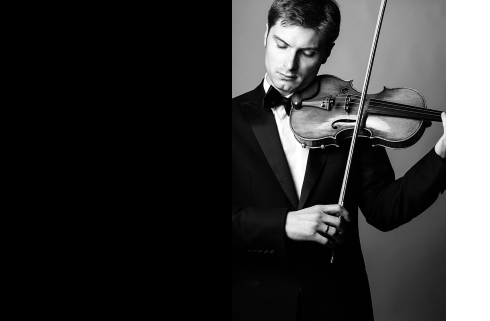 Please email name and number of Tickets required to lcmlive@uwl.ac.uk

Jeremy is a member of the Tippett Quartet with whom he has given recitals throughout the UK and Europe as well as recording for Naxos and EMI. As a member of the Tippett Quartet, he performs regularly at the Wigmore Hall, Kings Place, Purcell Room, on BBC Radio 3 and has appeared at the Queen Elizabeth Hall, Royal Opera House, Bridgewater Hall, The Sage Gateshead and at the BBC Proms. In 2012 he was the leader for the Hallé Orchestra’s Production of Leonard Bernstein’s Wonderful Town and was also a featured soloist in Howard Goodall’s BBC Two documentary of the “Story of Music”. In 2013 he was the leader for the National Theatre production of Alan Bennett’s play “Untold Stories” with music by George Fenton at the Duchess Theatre.

Jeremy has recorded many film and TV soundtracks like Harry Potter, Atonement and Downton Abbey. He performed for the 40th Anniversary of Monty Python’s “Not the Messiah” and the 25th anniversary of “Phantom of the Opera”.

Jeremy teaches at the Royal College of Music, London and is a regular visitor to Sidney Sussex College, Cambridge and Imperial College, London.

He plays a Raffaele Gagliano violin made in 1753.They have also worked with Peter Maxwell-Davies for a performance of his 9th Quartet at the South Bank, with Anthony Payne on his Quartet No.1 for a live BBC broadcast from Spitalfields Festival, and Hugh Wood on his String Quartet No.3 at the Presteigne Festival. They have had the great pleasure of collaborating with inspirational soloists such as Kathryn Stott, Craig Ogden, Stephanie Gonley, Lawrence Power, Melvin Tan, Nick Van Bloss, Julian Bliss and Ashley Wass.

The Tippett Quartet have also performed with the Royal Ballet at Covent Garden and have premiered a newly written film score for Alfred Hitchcock’s 1927 silent film classic ‘The Lodger’.