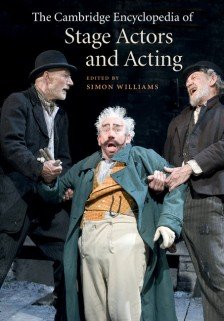 To celebrate the launch of The Cambridge Encyclopedia of Stage Actors an Acting, Central opens its ‘Theatre Workings’ seminar series with the volume editor Professor Simon Williams (UC-Santa Barbara) discussing ways of approaching the craft, processes and histories of acting. The presentation will be followed by a short panel discussion with Geoff Colman and Maria Delgado on ways of considering how the biographical historical and technical intersect in considerations of acting and what the challenges might be for those documenting and analysing this most ephemeral of stage practices.

Simon Williams has published widely in the fields of European continental theatre, the history of acting, Shakespearean performance, and operatic history. His major publications include German Actors of the Eighteenth and Nineteenth Centuries (Greenwood, 1985), Shakespeare on the German Stage, 1586-1914 (Cambridge, 1990), Richard Wagner and Festival Theatre (Greenwood, 1994), and Richard Wagner and the Romantic Hero (Cambridge, 2004). He has contributed numerous articles in his fields of specialty in edited volumes and leading periodicals. He is also an active director and reviewer of opera.