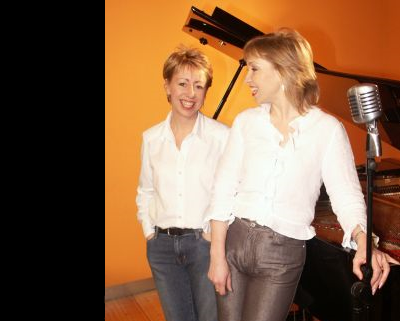 Please email your name and number of Tickets required to lcmlive@uwl.ac.uk

Tina May
As well as extensively touring and recording thoughout the year, Tina is actively involved in a broad range of educational activities:

“Singing, and particularly jazz singing, is a great way of speaking to people. My personal approach is to assist people in discovering their own sound, to release it and support it through good breathing technique. I am very committed to helping young singers avoid damaging their voices. Since jazz is such a vibrant and communicative art form, I’m especially interested in education in jazz for all age groups. In the early nineties I recorded two 10-part series for BBC Radio 4, which were repeated on BBC Radio 3 for schools. The first series was called ‘Jazzamatazz’ for 9 to 12 year olds and developed improvisational skills.The second was called “Dig it !” for 7 to 9 year olds. These were the first broadcasts of this type, introducing jazz into a national musical syllabus.”

Tina is a member of the Association of Teachers of Singing (AOTOS) and teaches a small number of private students. She has taught or continues to teach at many of the most prestigious UK institutions.

Nikki Iles
Nikki’s busy performance schedule has not prevented her from developing a parallel career as a widely respected teacher and she has acted as a tutor at numerous workshops and summer schools around the world whilst maintaining active links with most of the London colleges. Her tireless education work was recognised this year through her nominations at the 2007 and 2009 Parliamentary Jazz Awards for Services to Jazz education.

Additionally, she has been part of a team at The Associated Board of the Royal Schools of Music, developing an exciting new series of graded exams for jazz horns launched in June 2003 followed  by jazz flute and further developments this year at grades 6 – 8. It is work to which she is evidently dedicated – “it’s a constant challenge and I’ve learnt so much myself”. Such typical modesty shouldn’t be allowed to obscure the fact that Nikki Iles has fast become a major presence in the British jazz world.

Playing highlights in the last couple of years have included The Julian Arguelles Octet, The Kenny Wheeler Big Band, The Anglo Canadian Project, Toronto with Kenny Wheeler and Norma Winstone, Tony Coe and Tina May, The Printmakers with Norma Winstone and Mike Walker, Martin Speake’s ECM tour,  Japan with Karen Sharp and Tina May, ‘Renga’ with Rufus Reid . This year also sees the release of recordings with Tina May (“ I Never Told You”  on 33 Records), The Secrtet Quartet (“Bloor St”  on Edition Records), A recording with great Canadian Trumpeter Kevin Dean and Toronto bassist Duncan Hopkins with Stan Sulzmann and Stephen Keogh ) and the long awaited trio date with the great Rufus Reid and Jeff Williams, recording in New York in September (on Basho Records).

Image: Tina May and Nikki Iles, courtesy of University of West London