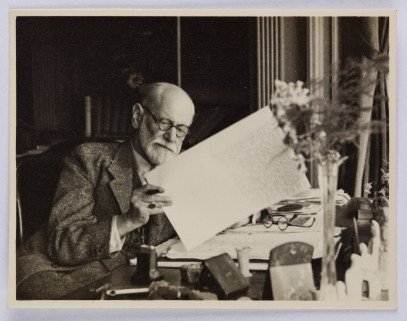 Freud and his Legacy: The Times Higher Education Inside Out Festival Debate in association with The Freud Museum London

One hundred years after Freud published his seminal paper The Unconscious, psychoanalysis, some say, is dead and buried: replaced clinically by cognitive behavioural therapies. The language of Freud has been diluted and distorted into the culture of self-help books with Freud’s personal reputation barely surviving the ‘Freud Wars’ of the 1980s and 90s and his work tarnished by the insights of feminism and unflattering biographical portraits. There seems perhaps little place for Freud’s stuffy, late-Victorian project in our permissive, consumerist, and sexually liberated postmodernity.

Freud and His Legacy is a timely discussion in which we will discuss the implications of Freud’s thought for twentieth century art, culture and psychotherapy. As Freud suggested, the repressed always returns. Our speakers will discuss the political, cultural, and clinical relevance of psychoanalysis, and psychoanalytic ways of thinking, for a world that is much transformed when compared to Freud’s. Does Freud’s work, in the context of the innovations of contemporary brain science, still have anything compelling to tell us about human experience? Or should Freud’s work pass from scientific importance, and be seen instead as in the tradition of humanist letters? Are we – and could we ever be – truly post-Freudian?

Freud and His Legacy, in association with Freud Museum London, is partly supported by Creativeworks London