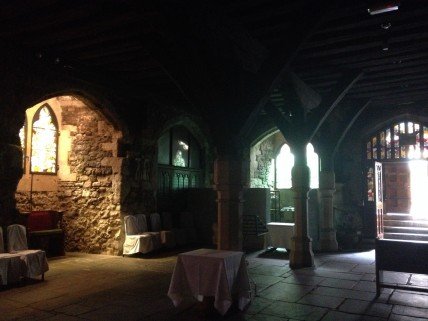 BOOKING information is available via King’s College London website.
(Please SELECT FROM THE CHOICE OF LINKS below).

For further information and details on how to book, please select from the links below:

Performance
Begin your experience of underground medieval London through a site-specific performance by the Irish artist Ceara Conway in the atmospheric crypt of St Etheldreda’s church in Ely Place. Working with a group of PhD students from King’s College London, Ceara has created a performance piece for the thirteenth century crypt underneath St Etheldreda’s Church inspired by the location and the story of St Etheldreda, whose left hand is kept in a glass reliquary in the church above. Wander in throughout the morning and soak up the atmosphere of this beautiful and historic building.

Ceara Conway is an artist and singer from the Connemara Gaeltacht in the west of Ireland. She received a BA in Glass & Architectural Glass from the Edinburgh College of Art, studied Glass & Photography at Alfred University, New York and has a Postgraduate Diploma in Community Arts Education from the NCAD in Dublin.

In her most recent works ”Vicissitudes” (2013) commissioned by ‘Difference Exchange’ and the Derry City of Culture and ”Making Visible” (2013- 14) supported by the Irish Arts Council/CREATE; she has responded to various themes such as exile, ritual, lament and the current socio political experiences of women living within the Direct Provision System in Ireland.

Tours:
Continue the journey on a walking tour through the hidden medieval sights of London with PhD students from King’s College London as your guides. The tour starts at the beautiful thirteenth century crypt of St Etheldreda’s, where you will hear about the severed hand of St Etheldreda, still kept in this church at the heart of the city of London. You will visit medieval inns, dubious medieval pubs, hidden crypts, and hear the story of the Knights Templar!

Roundtable discussion:
In the evening, attend a roundtable discussion on creative engagements with the medieval, thinking about how artists and performers have used the medieval past in their work. This an opportunity to hear Irish artist and singer Ceara Conway reflect upon her engagement with the medieval past in her work, she will also answer any questions about her specially commissioned performance for St Etheldreda’s crypt. Ceara will speak alongside academics who will discuss their creative responses to their own medieval research on the city, saint’s cults and devotional culture. 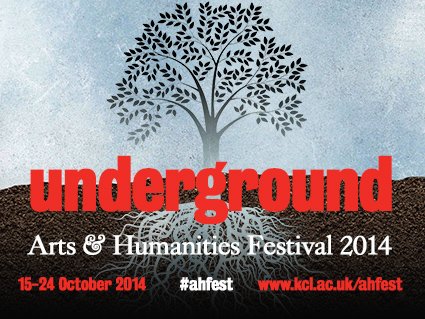