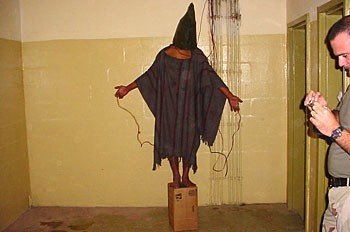 The Psychology of Atrocity

FREE, but booking is essential.

Studies have shown us that 74% of states instigating war will lose, yet no leader takes their country to war expecting to be defeated.  Why do statesmen ignore lessons of history and experience and continue to instigate armed conflict against the odds?  Regardless of who will come out ahead, a conflict almost invariably entails atrocities: land-mining, fire- and drone-bombing causing death of civilians in large numbers; massacres, torture, killing of prisoners; destruction of fields, industry, housing.  How do nation states present these events to the public, and how does the public metabolize all of this, while keeping an image of their country, and themselves, as moral?

Richard Ned Lebow
Professor of International Political Theory, War Studies Department of King’s College London. Richard Ned Lebow was formerly professor of strategy and the US Naval and National War Colleges and served as scholar-in-residence in the Central Intelligence Agency.

Emanuele Castano
Emanuele Castano is Professor of Psychology at The New School for Social Research in New York.  Emanuele’s previous appointments include St. Andrews University and the University of Kent, Canterbury. He is the author of numerous book chapters in both psychology and international relations, and has published extensively in top-tier scientific journals of social and political psychology. His research on the effects of cultural artifacts on Theory of Mind, published in Science in 2013, received worldwide attention. His work has been funded by the National Science Foundation (USA), the Economic and Social Research Council (UK), and private foundations. He has consulted with governments and NGOs on issues of collective identity, intergroup violence and morality, and in collaboration with the International Committee of the Red Cross he conducts research on the behaviour of combatants in war.

Sir Lawrence Freedman
Sir Lawrence Freedman has been Professor of War Studies at King’s College London since 1982, and Vice-Principal since 2003.  He was educated at Whitley Bay Grammar School and the Universities of Manchester, York and Oxford. Before joining King’s he held research appointments at Nuffield College Oxford, IISS and the Royal Institute of International Affairs. Elected a Fellow of the British Academy in 1995 and awarded the CBE (Commander of the British Empire) in 1996, he was appointed Official Historian of the Falklands Campaign in 1997.

Sir Lawrence Freedman was awarded the KCMG (Knight Commander of St Michael and St George) in 2003. He was appointed in June 2009 to serve as a member of the official inquiry into Britain and the 2003 Iraq War.

Our friends at Cambridge University Press have donated a copy of Richard Ned Lebow’s books “Constructing Cause In International Relations” and “The Politics And Ethics of Identity” to the person whose answers the question below correctly, and whose name is drawn at random.

Please submit your answer in an email headed “Psychology of Atrocity” including your full name and contact details to ideas@tcce.co.uk by 5pm 17th October 2014.

The competition will be drawn, and the winner notified during the week of 27th October 2014.

If you are not the lucky winner, Cambridge University Press is offering Inside Out Festival subscribers a 20% discount on both publications here:- www.cambridge.org/LEBOW15