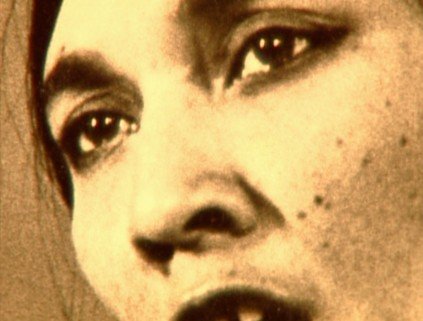 FREE, but booking is essential.

Was it better to refuse support from the hated “Department of Coloured Affairs,” and thereby seal Eoan opera company’s demise in apartheid South Africa? Or accept this support and allow the opera company to make history, while simultaneously being condemned as collaborators… ?

This event is a film screening and discussion of Aryan Kaganof’s documentary, An Inconsolable Memory (2013); a meditation on cultural memory and what is lost, retained, and distorted as fragments of collective and collected memory are pieced together.

The film will last 109 minutes and the discussion that follows will allow time for audience questions.

An Inconsolable Memory (Aryan Kaganof, 2013) documents a reconstruction of South African “Eoan Opera Group”. It is an exercise in getting at the truth, not only showing what it meant to be “a coloured” during the apartheid regime, but also evoking the painful memories of that time. Interviews with former members of Eoan, photos, newspaper clippings, sound recordings, archive footage of opera performances and street scenes give an impression of the world in which these people lived in Cape Town’s District 6. By paying attention to the way in which the documentary was made – to questions that were not asked and answers that were not officially given – the painful truth behind the images and faces is gradually revealed. Within the film, expressions of memories and truths introduce dreamlike sequences that enable contemplation of these terms and their relationship to the complex dilemmas faced by the people who lived under apartheid. Was it better to refuse support from the hated “Department of Coloured Affairs,” and thereby seal Eoan opera company’s demise? Or accept this support and allow the opera company to make history, while simultaneously being condemned as collaborators?

The discussion after the film will be led by Rachel Beckles Willson, who will bejoined by Dr. Angela Impey (SOAS) and Prof. Daniel Grimley (University of Oxford), both of whom have published research on sound and landscape in connection with memory. They will draw very broad questions from the film about how memories may be unspeakable, whether (spoken and unspoken) memory may damage communities, what sort of healing (or wounding) remembering can do, and how memory is carried in our bodies. A further question may be whether we have the right to keep our memories to ourselves. And finally, whether there are positive ways of using private memory without putting it into words.

Rachel Beckles Willson
Rachel  is a writer and musician whose research has explored the intersections of history, politics and performance. She is Professor of Music at Royal Holloway, University of London, where she is also Director of the Humanities and Arts Research Centre (HARC). Her publications are wide-ranging, include books and articles on Hungarian music during the Cold War, and music-making in encounters between Europeans and Palestinians. She is currently working on a new project in which the Arab lute (oud) is a focus for questions of musical memory and ecology.