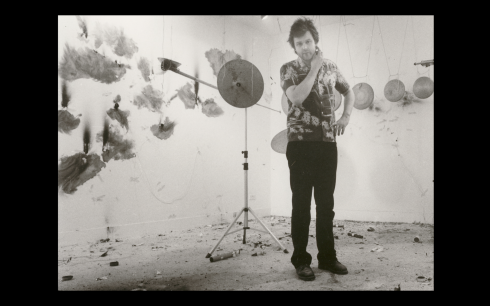 FREE but places are limited and booking essential

Film screening of 72-82 followed by discussion with William Raban, Professor of Film at London College of Communication, and Richard Wilson, renowned sculptor.

72-82 tells the story of the first ten years of Acme Studios and their ground-breaking work providing artists’ housing and studios in London.  It also features some of the pioneering exhibitions at the Acme Gallery that was based in Covent Garden from 1976-81.  The film comprises visual archive materials brought to life by the voices of artists involved.

The event will be followed by an informal drinks reception.

Professor William Raban has made 50 films and film installations since he graduated from painting at Saint Martin’s School of Art in 1970.  The feature length Thames Film (1986) is an essay on the changing face of London’s river over several centuries. London and the River Thames have continued to inspire his films.  Under the Tower trilogy (1992–96) is more overtly political and maps the social landscape around the Canary Wharf Tower.  The Houseless Shadow (2011) was a highlight of the Dickens and London exhibition at the Museum of London.  William is currently Professor of Film at London College of Communication, part of University of the Arts London.

Richard Wilson is one of Britain’s most renowned sculptors. He is internationally celebrated for his interventions in architectural space which draw heavily for their inspiration from the worlds of engineering and construction. His seminal installation 20:50, a sea of reflective sump oil, which is permanently installed in the Saatchi Collection, was described as ‘one of the masterpieces of the modern age’ by the art critic Andrew Graham Dixon in the BBC television series The History of British Art. Richard’s commissioned contribution to Liverpool’s European Capital of Culture 2008. Titled Turning the Place Over, comprised a vast ovoid section of a façade that rotated three dimensionally on a spindle. His regional cultural Olympic exhibition at the De La Warr Pavilion, Bexhill 2012 had a hydraulically teetering replica coach (The Italian Job) positioned at the edge of the building’s roof. He opens a major commission for Heathrow’s Terminal 2 in April 2014 and is currently working on a major solo show. Richard is Honorary Professor of Sculpture at the Royal Academy Schools.