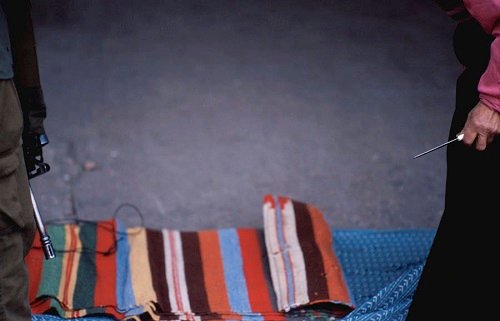 The Middle East: News and Narratives – City University’s Olive Tree Forum at the Inside Out Festival

FREE. Please note: booking for this event has now ended but limited tickets will be available on the door.

How do we disentangle ‘news’ from media reports which are framed in terms of one or other of the competing ‘narratives’ about what’s happening in the Middle East? How do we decide whether the Syrian regime, the rebels or the Americans can be believed? Whose ‘narrative’ is the more compelling – the Israeli one or the Palestinian one, if we are to understand what drives their conflict?

Time was, we did not even talk in terms of ‘narratives’ at all. But since the 1990s it has become common parlance. Academics use the term to describe the mental maps that we all absorb as we grow up (from history lessons, literature, politics and family stories) that frame our understanding of who we are and our place in the world. Politicians talk about competing with each other and the media to ‘frame the national narrative’ so that it reinforces their view of the world and serves their interests.

We invite you to come and discuss what’s at stake in understanding the contemporary Middle East.

Panel
Rosemary Hollis – Professor of Middle East Policy Studies and Director of the Olive Tree Programme, City University London. Her book on Britain and the Middle East in the 9/11 Era was published in 2010, RIIA and Wiley Blackwell.

Dr James Rodgers – Academic (City University London) and journalist. During his BBC career (1995-2010), his postings included Moscow, Brussels, and Gaza where, from 2002-04, he was the only international journalist based in the territory. He is the author of No Road Home: Fighting for Land and Faith in Gaza (Abramis, 2013), and Reporting Conflict (Palgrave Macmillan, 2012).

Yoav Galai – Olive Tree scholar at City University London (2008-11) and prior to that Jerusalem-based photojournalist.