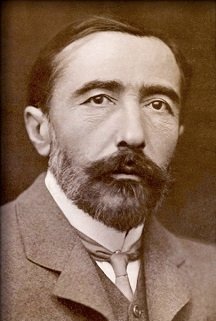 Christopher Hampton’s Film of Joseph Conrad’s The Secret Agent: Screening and Panel Discussion with the Writer-Director

FREE. This event is now sold out.

Join Christopher Hampton, playwright and Academy award-winning screenwriter (Dangerous Liaisons, Atonement), for a special screening of his 1996 adaptation of Joseph Conrad’s The Secret Agent. Following the screening Christopher Hampton, who both wrote and directed the film, will be in conversation with Dr Andrew Glazzard and Professor Jonathan Powell. Professor Robert Hampson, a world-renowned Conrad scholar, will introduce the film.

The film features a stellar case, including Bob Hoskins, Patricia Arquette, Gérard Depardieu, Jim Broadbent, Christian Bale, Robin Williams and Eddie Izzard. Set in London in the grim socio-political atmosphere of late 19th century, Verloc is a double agent, spying on anarchists for the Russian government while simultaneously providing information to the police. When Inspector Heat insists that the anarchists must commit a major act of violence in order for the police to put them behind bars, a chain of events is set in motion that leads to tragedy for all involved.

Please note that The Secret Agent has a Certificate 12 rating.

Christopher Hampton is a playwright, screenwriter and director. He won an Academy Award in 1988 for Dangerous Liaisons, his film adaptation of Les Liaisons Dangereuses, and his adaptation of Ian McEwan’s Atonement was nominated for another Academy Award in 2007. His current project, with Andrew Lloyd Webber and Don Black, is Stephen Ward the Musical, opening at the Aldwych Theatre in London in December 2013.

Jonathan Powell is Professor and Head of the Media Arts Department at Royal Holloway, University of London. His career as a television producer and senior executive at Granada Television and the BBC included the hugely successful adaptations of John Le Carre’s Smiley novels, as well as of novels by Hardy, Austen, Lawrence and Zola. As Head of Drama at the BBC and Controller of BBC1 Jonathan was also responsible for the launch of popular successes including EastEnders and Casualty, as well as Edge of Darkness and The Singing Detective.

Robert Hampson is Professor of Modern Literature at Royal Holloway, University of London. An expert on Conrad, he has published numerous books and articles, including three monographs on Conrad: Joseph Conrad: Betrayal and Identity; Cross-Cultural Encounters in Joseph Conrad’s Malay Fiction; and, most recently, Conrad’s Secrets (2012).

This event is kindly supported by HARC.