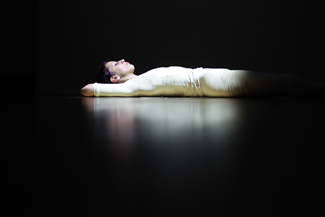 Future Bodies brings artists and scientists together to create a body of work that combines research, the dissemination of knowledge, and a variety of art forms. It is inspired by The Opera Group’s 2010 production of The Lion’s Face – a piece exploring Alzheimer’s disease developed in collaboration with the Institute of Psychiatry at King’s College London. The Opera Group’s residency at King’s College is an important feature of Future Bodies, allowing the company unique access to the expertise and experience of departments, organisations and individual minds outside the arts world to enrich our work with a deeper understanding and stretch the boundaries of both performance practice and academic research.

Since the launch of Future Bodies in January 2012, a number of scientists and artists have already approached The Opera Group with ideas they would like to develop. So far the collaborations unite glass sculptors with geneticists, playwrights with oceanographers, and composers with psychiatrists. They have been invited to apply for seed money for initial work and research through the Opera Group Incubator – our fund for developing new work.

As part of the King’s College London Arts & Humanities Festival we will present four of the works currently under development. This will be chaired by the Artistic Director of The Opera Group Frederic Wake-Walker.

This will be followed by a screening of a film of an extract from Boris Blacher’s Abstrake Oper N.1 performed at a previous Future Bodies event at King’s College London in March 2012.

Future Bodies is one of the strands of work currently in development in The Opera Group Incubator. We are grateful to The Opera Group’s funders, Arts Council England, and particularly the Jerwood Charitable Foundation for their generous support for this aspect of our activity.

Please be aware this event has now sold out.