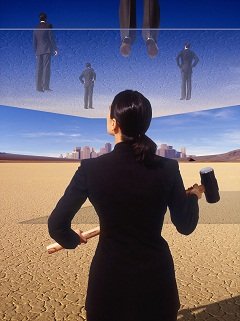 TCCE in association with The British Academy Panel Debate: Where are all the women?

PLEASE NOTE THAT THIS EVENT WILL NOW TAKE PLACE AT

Is women’s equality already a thing of the past? Did it ever exist at all?

There are now less women in government than in recent years, very few female university Vice Chancellors and publicly funded bodies established to promote innovation are overwhelmingly male-dominated. Only 6.5% of FTSE 350 company executive directors are women, and in sectors such as film and theatre, women directors are still poorly represented.

This discussion will ask why women in a range of sectors are still not getting the top jobs. During economic downturns, are women less likely to get those jobs, or are they just less visible when there? If so, what signals are being sent about our most powerful and influential institutions? Are women are eschewing top jobs for a multitude of reasons – and perhaps deriving empowerment and satisfaction in doing so? This punchy and polemical debate will bring together a range of key female opinions drawn from the academic, cultural and business sectors.

CHAIR: Bidisha is a writer, critic and broadcaster specialising in the arts and culture, social issues and international affairs. Her most recent book is Beyond the Wall: Writing a Path Through Palestine.

Professor Vicki Bruce OBE FBA is Head of the School of Psychology at Newcastle University.

Rachel Milward is the founding director of the Birds Eye View Film Festival which celebrates and supports international women filmmakers.

Deborah Mattinson is a founding Director of BritainThinks and WorldThinks.

Cressida Dick QPM is Assistant Commissioner of London Metropolitan Police.  The most senior female police officer, she served as acting deupty commissioner in the interim between Deputy Commissioner Tim Godwin’s retirement and his permanent successor, Craig Mackey, taking office at the end of January 2012.  In June 2009, she was promoted to the rank of assistant commissioner, the first woman to hold this rank substantively.  She holds the Queen’s Police Medal for distinguished service.

Professor Anne Marie Rafferty CBE FRCN is a British nurse, administrator, academic and researcher. She was Head of the Florence Nightingale School of Nursing and Midwifery, King’s College London, until 2011. She is also a Fellow of the Royal College of Nursing.